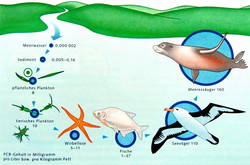 Japan’s earthquake disaster shakes us. We are shocked and speechless upon looking at the power of the sea and the suffering of the people. We deeply feel with the Japanese people who have to stand all this and who apparently do so while keeping their countenance.

But we are also shocked and speechless about the information policy of the Japanese Government and – most of all – Tepco, the operator of Fukushima’s nuclear power station. News about the condition of the power plants and the extent of the radiation is leaking much slower than the heavily contaminated water from the nuclear reactors. This is bloodcurdling and testimony for a blatant ignorance towards the (Japanese and the world) population.

Now, extreme radiation values have been documented in the sea (30.03.2011). The concentration is said to be more than 3,000 times higher compared to what is “allowed”. At the same time, “experts” say that there is no threat to the health of humans and environment, because “radioactive particles will dissolve quickly with the currents.” We cannot let this be uncommented.

It is true that currents can lead to dilution, even relatively fast. However, there is no doubt that the coastal area around the power plant will stay heavily contaminated for a (very) long time.

Moreover, although the particles will distribute widely in the sea, they won’t lose their radioactivity. They will radiate for years, decades, centuries or even thousands of millennia (in the case of plutonium). Even more salient is the fact that there is a process which turns around dilution: that’s the accumulation of substances through the food chain. Organisms incorporate material from the environment and accumulate it in their tissue, and this is the same for every trophic level. Put simply, a food chain can look like this: phytoplankton – zooplankton – small fish – larger (predatory) fish – top predators. From one level to the next the concentration of particles will be multiplied, until at the end of the food chain there will be concentrations a million times higher than in the sea (see figure, where this is expressed schematically for PCB). With pollutants like PCB this is tragic – with radioactivity it will be devastating. We have to assume that the radioactivity in the Pacific Ocean at some point will be found in top predators (sharks, marlins, sea birds, marine mammals, etc.), and on the long run also in other oceans and seas.

At the end of the line… 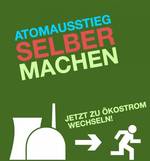 At the very end of the food chain there are – us humans. Hence we do have the problem that on the long term radioactivity can make our seafood inedible.  We have to face that radioactivity will stay in the oceans and end up with ourselves. This is also true for us Europeans, because a greater part of the fish we eat comes from the North Pacific.

Let us therefore hope (and pray) that things will not become even worse around Fukushima.

But each of us can also make a personal choice. Do we understand the „message” from this major disaster? And do we act accordingly? The message from Japan can only be: we as humanity have to stop using nuclear power as soon as possible and change over to regenerative energy sources. Personally, we can make this choice very easily within minutes – by changing our power supplier. The private exit from nuclear power is only a few clicks away (in Germany, for example via the initiative highlighted here).

Let us make a new beginning!